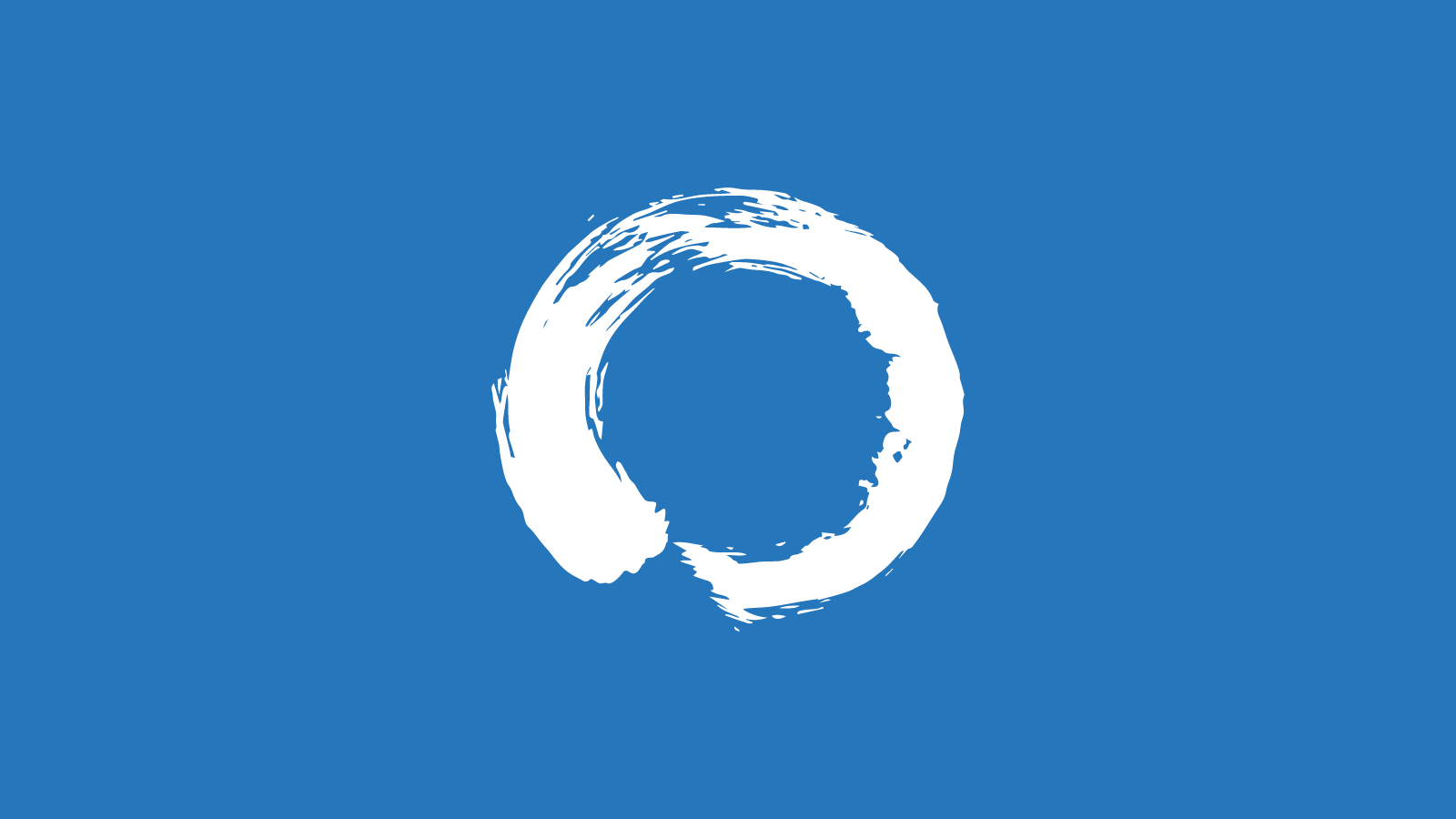 Lean Startup is a methodology for developing products. It’s a fast and iterative way to determine is a product viable. Let’s introduce ourselves to the methodology that is built around learning.

Here’s the transcript from the show.

[00:00:00] Hello and welcome to the bottom-up skills podcast and my passions own the CEO of Qualitas. And boy today we’ve got a whole series. We’ve been to design thinking and agile, but today we start on a totally new chapter. We’re going to do a multi-part series on the lean startup. And frankly, I’m quite the fan.

Of the lean startup. So in this episode, I want to lay some context. I want to give you a little bit of background to lean and what I’m going to hope to do is point out to you what really defines it, um, as a great. Method to use when you’re going out in the world to build a brand new product. All right.

Let’s get into it. And the [00:01:00] story starts with a gentleman called Eric Reese who wrote the book, the lean startup. And I really want to share with you the most compelling part of his kind of founding story. And, um, it all starts. With failure. And that’s why it’s so interesting. He spent five years as a co-founder in a startup.

They spent over $40 million in funding and they built a product. They didn’t nobody wanted to use. Now for many of us, this is a bit of a heartbreaking, it’s a bit of a gut-wrenching experience to spend so much of your life building a product that it turned out that nobody really wanted, but being ever so stoic.

Eric actually used it as an opportunity to kind of dig into the, you know, the [00:02:00] rapid process improvement universe and dig up this, um, Idea of the lane and to really reinvent it through the eyes of a startup and those startups are generally software-based and moving fast in the modern age. So I cannot tell you how powerful this is as a starting point, because he’s literally written a playbook that has.

Taken off it is absolutely, uh, a global phenomenon now in anyone. So largely not only in the venturing world, but the product world, even in the enterprise world, you will find that not only are people trying to be agile, but they are trying to be lean as well. So I’m very excited to share with you what he put into the lean startup and how powerful it really is because he’s effective.

Written the book he’d wish he had read at the start to avoid [00:03:00] those five years and wasted $40 million. So let’s look into the learnings from Eric Reese and the lean startup. So what is this thing? Okay, so it’s a methodology. So the good, good news about methodologies is they tend to be step one, step two, step three.

They tried to be repeatable. And that’s certainly the case here with lean startup and is particularly good at building products. People use it for building businesses as well. And, um, Sure. That’s, that’s fine. I think it stands alone as a great way to build a product and it needs to go hand in hand in hand with many other practices, but I’m going to try and pick apart what it’s very special at and where it contributes so much value.

So. As I said, it’s a methodology for building products and it’s, what’s really important is we emphasize building the [00:04:00] right product. It’s very fast. It’s a very iterative process. And it really strives to determine is the product viable. And, um, viability is an, a very important, uh, topic because if we really go and ask ourselves is something viable.

We’re saying really is the economics going to work out? Can we capture enough value now to reinforce you? What? I think this is so important. It’s actually, it’s not that hard. To build a product that, you know, users find desirable, but where it really becomes challenging is, is it technically feasible? And from a business model perspective, is it viable and lean is so damn good at helping us work out.
Is this a product? And here’s the keep it, is it worth building?

This [00:05:00] is really, really important. Um, nuance in it. Is it really worth building? Because I know I’ve personally made products that may have been either. Feasible, uh, or desirable. Um, but that doesn’t guarantee it’s going to be viable, that there’s going to be a good economic model.

Value’s going to be created. Customers are happy and willing to pay for the product or service. This is where lean helps. And what’s so special. And why I love lean startup so much. Is this all about learning? It’s all about this journey. That is defined at not by, you know, do you have like this amazing idea, right?

Um, it’s this total fairytale that we’re told that someone has an idea and then that makes them a gazillion dollars, lean startup acknowledges the hard truth. It’s in the execution. And to take you back to Eric’s [00:06:00] story, he spent five years and $40 million learning that he didn’t get the execution. Right.

So if you learn along the way, You are way on track of forgetting execution, right? And therefore, what’s so great about, uh, the lean startup. It doesn’t matter how little, you know, at the start, what really matters is your rate of learning. And that’s why it’s so, so damn important. So to frame this, before we move on to some of the important aspects of lean startup, this is a way to know.

If your product’s gonna make enough money, is it truly worth doing? And this is essential because actually, you know, the barriers to entry to building product have diminished. So there are a lot more products out there. And there’s also quite a lot of products that are no good, but that’s a whole nother course and masterclass and discussion here on bottom-up skills.

So, you know, definitely check that out if you’re interested in it. It also has another intersection with agile in terms of the practice of Kanban, which is really focused on, um, feature-driven development. Um, traditionally not very time-boxed. Um, now another couple that you might have heard of is, uh, just in time, uh, just in time manufacturing, um, you know, this whole idea of trying to only consume the resources at the very end, and this is perfect because then you’re not left with a whole lot of inventory [00:08:00] just sitting around in a warehouse.

So there’s a lot of, uh, process improvement, um, and agile connections with the lean startup. And if you’re at all interested in any of those, just have a look at that greater world of the lean method beyond lean startup, what we’re talking about, but go into the lean method and you will find a world of different methods and practices there.

So let’s come back to software. Cause we talked for a moment then a little bit about, you know, manufacturing. Um, and some of the other related practices, lean startup is largely and foremost for software. And prior to lean startup, the way a lot of software got built was using what we call the waterfall process.

Now waterfall created all sorts of nice structure and certainly in people liked it a lot. You’d start with writing and requirements, doc, what does it need to do then? You write the specifications of, okay, this is how we think [00:09:00] the system, the software will do it. You design it, you implement it. And then once it’s implemented, you do some testing before you launch it.

Now in this day and age, that’s pretty crazy. And there were all sorts of bad habits that got, uh, related to the world of waterfall. First and foremost, people would write requirements that were. Uh, between you and me, they were largely just one big guess. And, um, often in, particularly in large organizations, because we have agreed on the requirements in the specs, that’s what we promised to the boss.

We can’t do anything different. So what would happen is you would literally build systems full of guesses and assumptions that when put in front of users failed terribly. So there was a real need to do it in a different way. And the single biggest thing that lean startup has done has taken testing from the end of the process and [00:10:00] put it right at the start and then made it continuous.

And the beauty of testing with users validating all your assumptions and getting over some of the bias that you might have. Is it actually, you know, what. It de-risks things. It makes you more certain of building something that’s actually worthwhile that helps the user that technically it’s feasible.

And, you know, what creates enough value that there’s an economic model it’s, it’s really worth doing. And that’s how lean has totally turned a waterfall upside down. And you will hear a lot of organizations trying at the moment as they are in the midst of digital transformation. Being not only agile but also using lean methodology is essential to get it right.

Um, and I’ll tell you why. I think this all matters so much. I think lean startup [00:11:00] exists in the world and is, has so many fans because fundamentally we’re in a world, as Marc Andreessen said is being eaten by software. It really is being eaten. And do you know what software? It’s hard to do it, particularly hard to do really well.

It’s particularly hard because it’s so broad, comprehensive, there’s so much complexity, depth, interconnecting systems into dependencies, interoperability. It is so complex. So you need to break it down into some small tests and to make your way through it in order to truly. Truly build something that works.

[00:12:00] Of what lean startup does. So if you’re really interested in this, um, I want you to embrace the core lean loop, which is you build something, you measure it, you learn. And then rinse and repeat and away you go. And throughout that entire process, you keep testing. Good ideas, keep building good ideas. You will learn a bunch and just celebrate when things are not great.

That’s fine. You’ve learned something. And ask yourself, okay, what did we learn and what are we going to do next? And do that. And you will be on your way to succeeding with a lean startup. All right. That’s it for the first of our lean startup episodes, I hope you really enjoyed this. If you would like to do any of our masterclasses on all of these new product practices if you want to build your product.

Development skills, head over to bottom-up dot IO, where you can listen to the back catalogue of the [00:13:00] podcast. You can get a whole bunch of free masterclasses and hang out with hundreds and hundreds of other people. Who are mad cane product builders? Design is creative and entre pinatas. All right, that’s it.
For this episode of the bottom-up skills podcast.